There were very little requirements to create this topographic map. Only the paper format and to use a hillshade was explicitly instructed. Every student in the class was assigned to a study area within Nova Scotia. I was lucky to get Peggy's Cove and surrounding area. At least, that's what I thought at first until I started to label the coves and islands along the coast. ;)

The shaded relief provided by the Department of Lands and Forestry of Nova Scotia, based on the 25 metres DEM of the Province of Nova Scotia, was clipped to the study area and its surface smoothed using the geoprocessing tool Focal Statistics.

Label classes were created using the Maplex Labelling engine. Then, the labels were converted to annotations and placed accordingly on the map. Instead of halos, masking features, generated with the geoprocessing tool Feature Outline Masks, were used.

The map shows single buildings with a little black square symbol. Due to the map scale, clusters of buildings in Halifax were very prominent and not useful for the map reader. Those clusters (areas within the boundary of Halifax and a few suburbs nearby) were replaced with polygons representing built-up areas which were generated using the geoprocessing tool Delineate Built-Up Areas. In order to reduce noisiness and reduce white areas between built-up areas and land cover, the built-up areas were aligned along the boundaries of the forested area. In addition, to remove further noises, the forested areas within the built-up areas were put to the background.

For better recognition of the road shields, the design of the real shields was used. Wikipedia is a great source of public domain road symbols. Road symbols were placed multiple time (and equally spread, if possible) along a route. 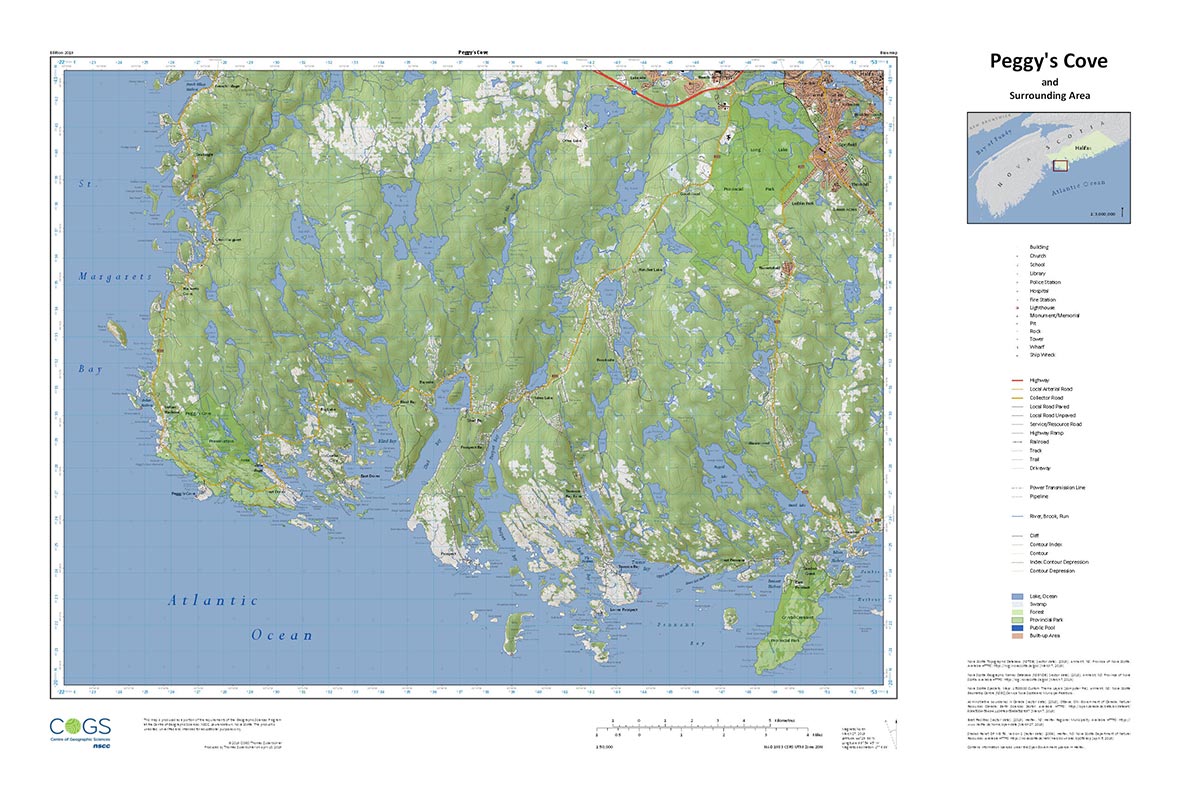 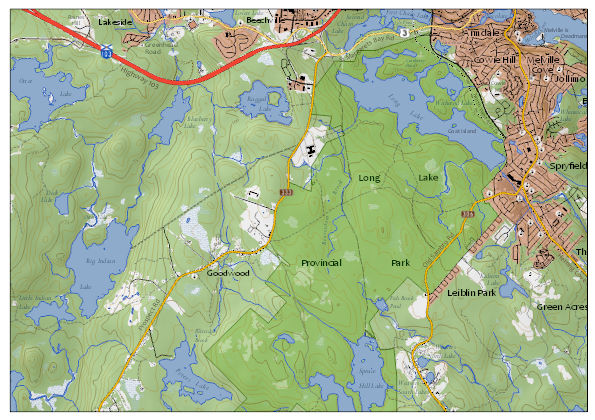 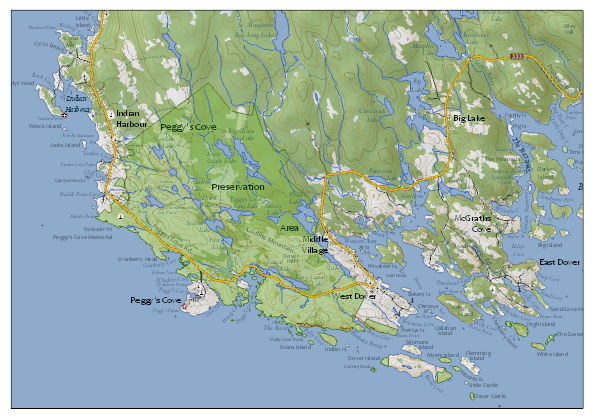 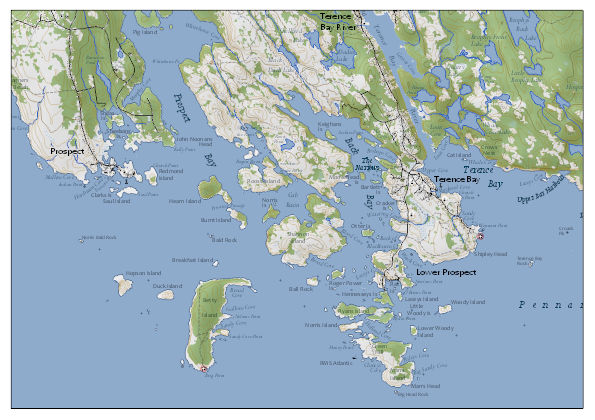